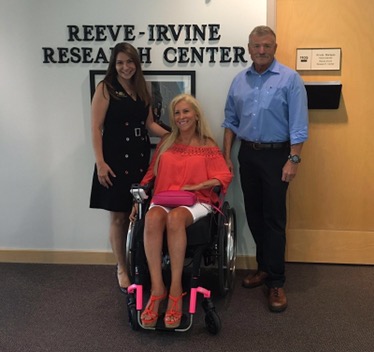 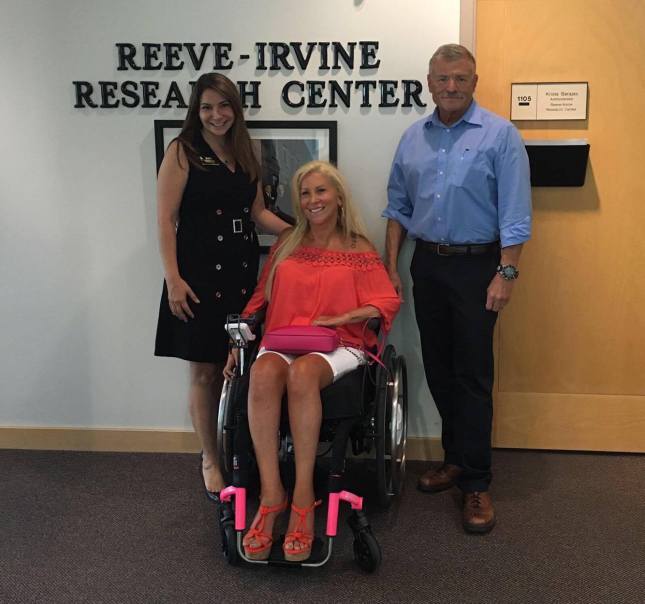 On Wednesday 13th July I had the privilege of going to visit the Reeve Irvine Research Centre, University of California to meet with Dr. Oswald Steward (Director of Reeve Irvine Research Centre) and Tania Jope (Director of Community Development).
As we entered the very impressive building I noticed pictures of the late Christopher Reeve and also Roman Reed who is one of the world’s leading cure advocates in the spinal cord injury world. Roman also raises huge amounts of money for the research centre.
We went to Dr. Steward’s office and we spoke about what research is going on at the moment and also asked the very important question for chronic spinal cord injuries, what’s going on for us. 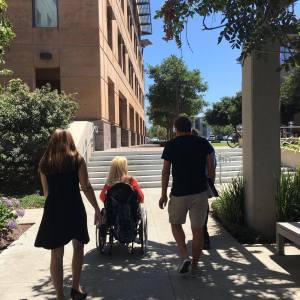 “The Corticospinal Tract Regeneration Project has been the focus of the Steward Research for years. It has involved a multi-investigator collaboration that has been following up on a paper the team published in 2010. The original paper published in Nature Neuroscience, showed it was possible to induce regeneration in corticospinal tract (CST) following spinal cord injury by deleting a gene called phosphatase and tensin homolog (PTEN). The latest papers from the Steward Lab published in 2015 showed that CST regeneration was accompanied by recovery of motor function.
In a new breakthrough, collaborator Dr. Kai Liu (he has his own lab at Hong Kong University) published a very important paper showing that it is possible to induce CST regeneration in the chronic setting either 4 months or 1 year after a spinal cord injury!
In the study Dr. Liu used the same genetic deletion strategy that was used in the original paper. Mice received spinal injuries and then 1 year later, received an injection of a viral based vector into their cortex, which produces a protein that deletes PTEN from the nerve cells that give rise to the CST. After deleting PTEN, CST axons regenerated past the injury and formed new connections. The discovery that regenerative ability can be rebooted even 1 year after an injury greatly extends the window of opportunity for regenerating connections of the spinal cord. Next steps will be to determine if the generation is accompanied by reversal of paralysis.”
The bottom line is, and a familiar story from every researcher I speak to is money. The facility is basically needing approx $250,000 for every study that would get this research into clinical trials. I asked if the US government fund any of the studies at the Reeve Irvine Centre and the answer was “no.” Dr. Steward said it’s extremely difficult getting funding from the government and they rely purely on donations and fundraisers. This is exactly what’s happening in the UK and is completely dreadful news to people who have lived with spinal cord injury for many years. 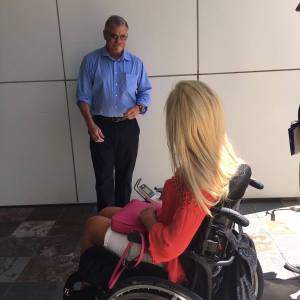 But when I asked Dr. Steward if he was optimistic that there would be a future cure for chronic spinal cord injury he replied “Yes indeed! It’s a very exciting time for research with all what’s going on at the moment.”
I also had a tour of the laboratories where the research is carried out and saw lots of very impressive equipment being used. These people doing this everyday are truly inspiring! It was great to see.
It was great opportunity for me to meet the wonderful Dr. Oswald Steward and also to tell him about the mission of the Cure Girls too! A huge thanks to you and your team Dr. Steward for your work to potentially get people independent again and out of wheelchairs!
Thanks also to Tania Jope for welcoming us and showing us around. Last but not least, thanks to Roman Reed for the introduction and keep up your amazing cure advocacy work! Kudos to you.

You can make a donation to the Reeve Irvine Research Centre here: www.reeve.uci.edu 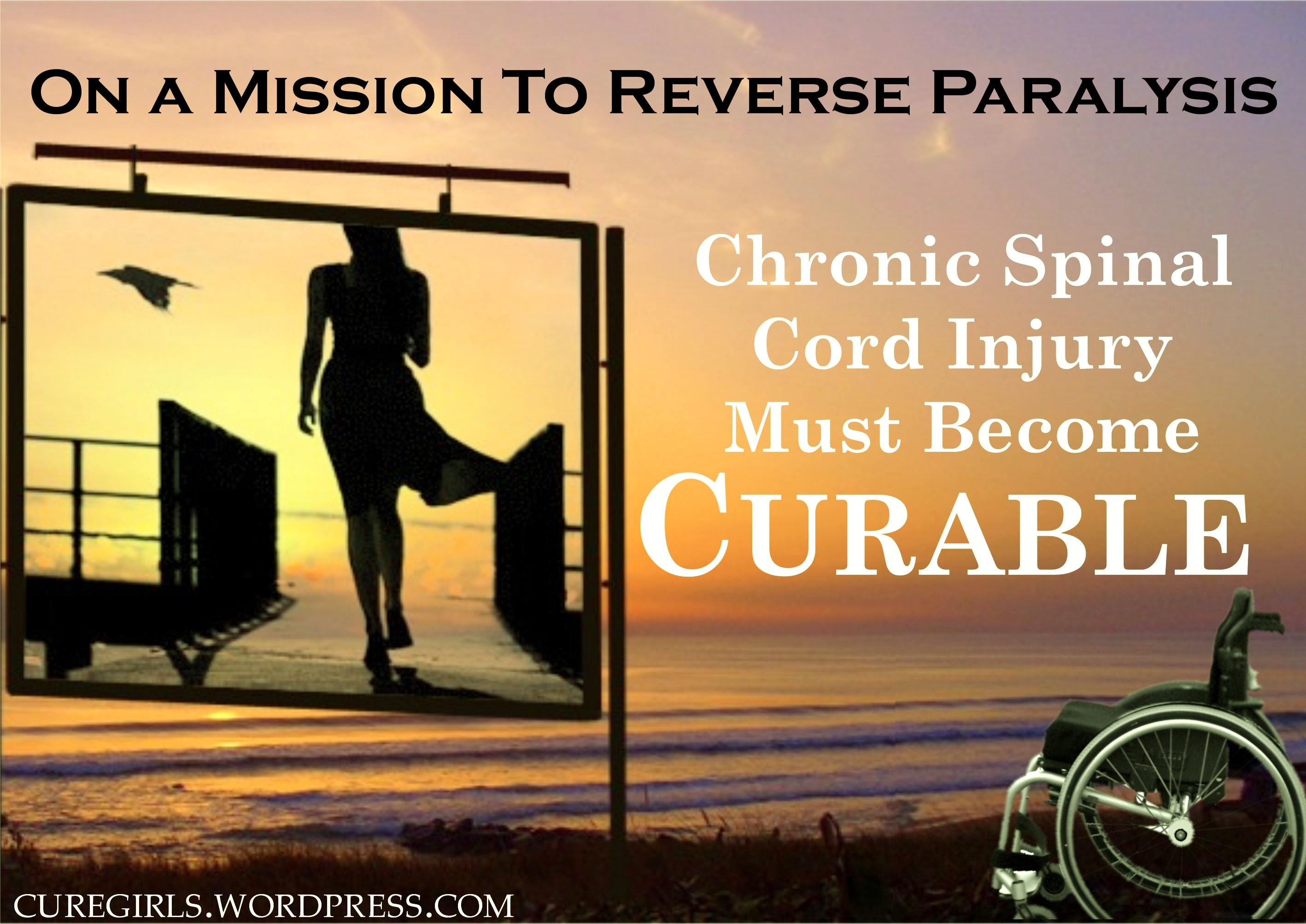